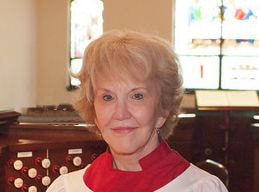 Christina Harmon served for many years in Dallas as Organist and Composer-In-Residence at Park Cities Baptist Church.
Her compositions have been performed and recorded by many illustrious musicians, including members of the Dallas, Ft. Worth, Plano, and Richardson Symphonies as well as by excellent musicians and talented students.  Christina’s years of experience studying and teaching theory and organ and producing prize-winning arrangements for her compositions make her uniquely qualified as an arranger and composer. She is listed in the third edition of A Directory of Composers for Organ (John Henderson Publishing, 2005) and in A Catalog of Music for Organ and Instruments (James Laster, 2005).  Presently she is the principal organist of St. Martha Catholic Church in Kingwood, Texas, and a Co-Director of the French Organ Music Seminar (www.bfoms.com). 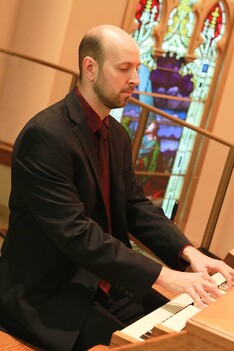 Dr. Ryan Enright has been recognized for his organ playing and improvisations, performing recitals throughout Canada and parts of the United States. Enright’s command of the organ repertoire ranges from around 1540 to the present. He approaches each period of music in an informed and expressive way. As church musician, Enright enjoys treating the hymns with creativity and often improvises.

A native of Montreal, Quebec, Enright received the Bachelor’s, Master’s, and Artist Diploma degrees in Organ Performance Solo from McGill University under the tutelage of John Grew and Dr. William Porter. He received the Doctor of Musical Arts in Organ Performance & Literature from the Eastman School of Music under William Porter. His first organ teacher was Marc-André Doran. Enright has studied improvisation with William Porter and Julian Wachner, also in workshops with Gerre Hancock, Thierry Escaich, Pamela Ruiter-Feenstra, and Christophe Mantoux.

In California, Enright has performed in the San Francisco Bay Area, Stockton, and Sacramento. He won first prizes in the Canadian Music Competition (1997), Quebec Organ Competition (2004), and National Organ Playing Competition of the Royal Canadian College Of Organists (2007).  Enright has accompanied the Sacramento Choral Society & Orchestra (SCSO) on its tours of Italy, France/England, and Austria/Slovenia/Croatia.

Enright teaches organ privately, for the American Guild of Organist’s scholarship program, is organist of St. John’s Lutheran Church, Sacramento and has composed a small body of works for solo organ and choir. 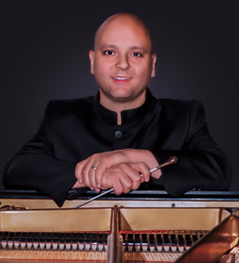 ​Johnny Fuller is from Dallas Texas and while in college studied with such illustrious conductors as Stephen Holcomb, Anshel Brusilow, Paul Phillips, and  Donald Neuen, completing a Masters in Orchestra Conducting in 2006.  For 17 years he was the Associate Minister of Music and Orchestra Conductor at Park Cities Baptist Church in Dallas. He has served as a conducting clinician in Brazil and Russia and has worked with the Lone Star Youth Orchestra, the Dallas Asian American Youth Orchestra, and the Allen Philharmonic Orchestra.  As Founder and Director of the New Life Symphony Orchestra he has taken the orchestra to Russia, Australia, Scotland, and Brazil.   ​http://www.newlifesymphony.com 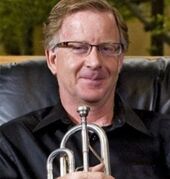 Glen Hummel is currently Principal Trumpet of the Plano and Irving Symphony Orchestras and also plays regularly with the Fort Worth Symphony and Dallas Chamber Symphony. Active in both classical and jazz genres, Glen also enjoys playing with the Trinity River Dixie Kings.  https://imperialbrass.com 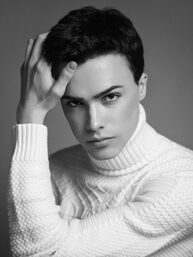 Christopher Jessup American composer and pianist Christopher Jessup is an award-winning musician noted for his "...imaginative handling of atmosphere and delicate phrase-shaping..." [Fanfare Magazine]. The Juilliard graduate has had his works published and performed internationally. He has received recognition from ASCAP, Steinway, National Sawdust, and countless other organizations. As a pianist, he has concertized at world-famous Carnegie Hall over a dozen times. His performances across North America and Europe have been broadcast on NPR and Classic FM Radio.​

​Phillip Staggs is a full-time business student and  the director of music and organist at First United Methodist Church in Caldwell, Texas.  Originally from Tyler, Texas, he has played and sung in churches alongside his father, who served as choir director.  In high school he served as manager of the highly successful Home School Choir of Tyler, a choir of 100 + teenagers.  Phillip has been the student of Christina Harmon and has attended the French and British Organ Music Seminars, playing on such organs as the Cavaillé-Coll of the Basilica St-Sernin in Toulouse.
Clifton Mayo, webmaster, is an avid music listener  and recording engineer in his retirement.  Formerly employed by Texas Instruments and Raytheon as an electrical engineer and computer programmer who worked on many projects,  including radar for naval and Coast Guard aircraft,  he is enjoying  time to pursue other projects.    He is married to Christina Harmon, and  their combination of  skills has produced this very rewarding website, which has allowed them to offer music of all levels of difficulty quickly and economically.