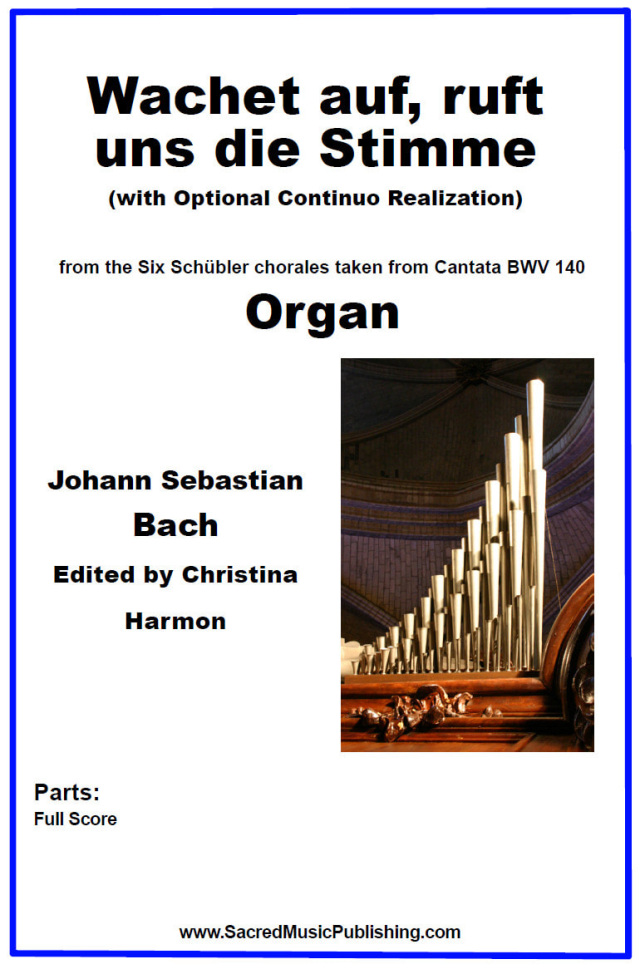 Wachet auf, the first of 6 Schἂbler chorales taken from cantatas, is taken from Cantata BWV 140.  It is designated to be played on the 27th Sunday after Trinity, which covers the story of the ten virgins awaiting a bridegroom, 5 of whom were chosen to enter the wedding feast because their lamps stayed lit. This parable depicts the Day of Judgement, when only some are chosen.  It is often played in Advent, but it can be played at any time during the year. The continuo part is not in the original by Bach, but could be assumed that he added it since it is in the cantata. Performance Length: 4 minutes.